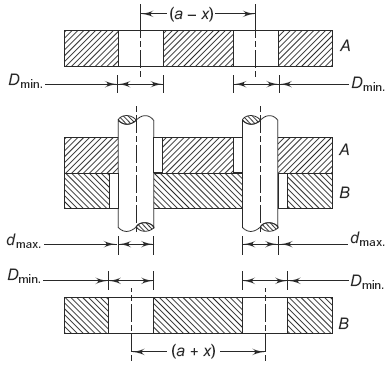 Consider the worst geometric situation, when the following conditions exist:

Considering the plate A, the center to center distance between bolts is given by

In case there are a number of holes, one hole is considered as the master or reference hole and the location of other holes should be provided with the required tolerance.